THE SCHOOL AT A GLANCE

Official Designation: A state integrated co-ed Area School, catering for New Entrants to Year 13.
Founding Years: Primary Classes: 1978, Secondary Classes: 1984.
Integration: The school became integrated in 1998, which gives the school all of the funding, responsibilities, and privileges of a New Zealand state school, with the legal guarantee of the Special Character, in buildings provided by the School’s Board of Proprietors (BOP).
Governing Authorities: Board of Trustees for general governance of school operations, employment matters, student welfare, and legal compliance. Board of Proprietors for special character and property matters. The BOT has elections every three years for most members, and every year for the student rep. BOP members are appointed by the church, and are the legal trustees of the Ponatahi Christian School Trust, the owners of the land, buildings, and vehicles.
BOT Meetings: Ordinarily every third Monday of the month.
BOT Chairperson: Mr Willem Van der Laan.
Bible: The Authorised (King James) Version.
Principal: Mr P Bertram. 027 634 2911, principal@ponatahi.school.nz
Office Manager: Miss Nelly Slabbekoorn, 027 239 0755, nellys@ponatahi.school.nz (Usual first contact for operational matters.)
Contact: Contact: 6 Howard Street, Carterton 5713, New Zealand. Tel: 06 379 8840
Affiliations: This school is affiliated with the New Zealand Association of Christian Schools and the Netherlands Reformed Christian Educators Association (a cluster of English-speaking schools from the denomination, mainly based in USA and Canada). The Board of Proprietors is affiliated with the Association of Proprietors of Intregrated Schools and the Board of Trustees is affiliated with the New Zealand School Trustees Association. 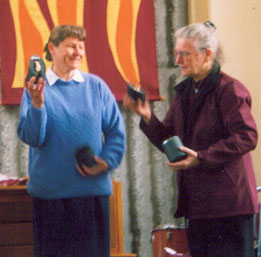 In 2003 we remembered the 25th anniversary of the school and the foundation staff – Miss Audrie Bosch (far left) and founding principal Mrs R J Bertram were presented with a gold watch for 25 year’s service, and 4 of the original 14 students were on hand to cut a special commemoration cake, above. “What is man, that thou art mindful of him?” Psalm 8:4. 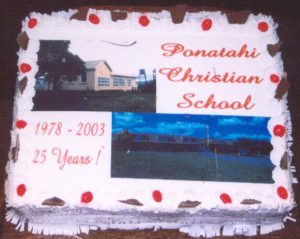 Iced into the top left of the cake is a picture of the original school premises, still visible on the Carterton – Martinborough road, and still fondly remembered by those associated with the school in the first 18 years. But the “Elims” don’t last forever, and it was time to move on. The Lord remarkably opened the way for the current premises.

Mrs R J Bertram officially retired from all duties at the 40th anniversary of the school in 2018 after serving for several years as the school’s librarian. 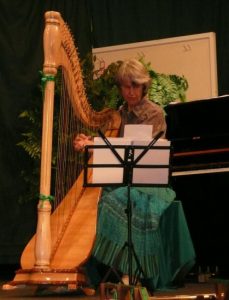 Mrs Joan Tolmie retired in 2009 after an outstanding career, teaching and imparting a love for quality music to a generation of children from 1987 to 2009, as well as teaching other subjects earlier in her career. 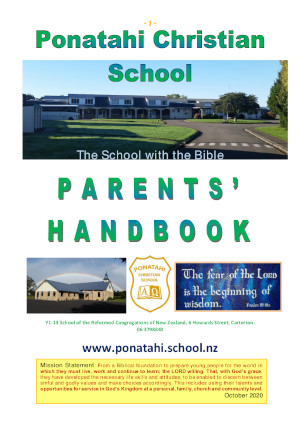